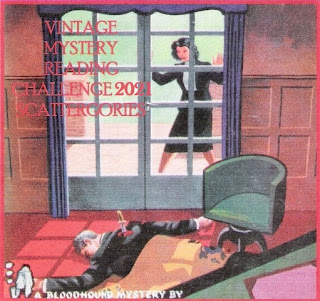 2021 marks the ten-year anniversary of the Vintage Mystery Reading Challenge and I decided to go back to the early days and revive the Vintage Scattergories edition. I am, of course, signing up for my own mystery challenge and, being a glutton for mysteries, I'm going to try for all the categories in the Golden Age and as many as I can in the Silver. For full details and to join me for some mystery madness, click on the link .