July's Pick of the Month 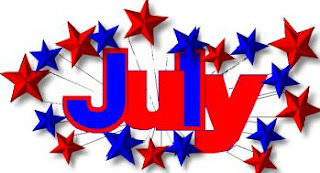 It's that time again...time to choose July's mystery star and take a peak at the reading statistics. I've managed to keep the reading mojo going and even upped the ante a bit. I managed 25 books and all but three had a mystery flair. One of the three was all about the paperback covers for the publishing houses which put out a lot of my beloved digest-sized vintage volumes--so it almost counts for mystery. We'll take a look at the mystery star ratings in a moment, but before we hand out the shiny prize/s, let's take a look at the stats. 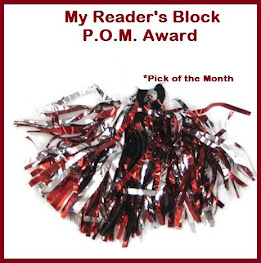 And now, the moment we've all been waiting for...the selection of the Pick of the Month. As has often been the case, the only five-star winner for July was a non-mystery. Arthur C. Clarke's short story collection The Nine Billion Names of God was just as good 35-ish years later as it was when I first read it. Clarke knocked the titular story out of the park and the remaining selections are all very strong as well. Following Clarke with four stars each are An Extravagant Death AND The Woman in the Water, both by Charles Finch; Voyage into Violence by Frances & Richard Lockridge; Not I, Said the Sparrow by Richard Lockridge; and Thrones, Dominations by Dorothy L. Sayers/Jill Paton Walsh. All but the two Finch books are rereads and, in general, I toss out rereads. But...It has been an extraordinarily long time since I read Not I, Said the Sparrow and I tend to like the books written by Richard alone less than the duo novels, so I'm going to be arbitrary and make Richard a co-winner this month. It was especially fun to read Sparrow after having read two novels by Richard that did not feature familiar investigators and, in one case, took place far away from New York. I was pleased to be back in the company of Inspector Heimrich and Lieutenant Forniss.
Now, we just have to see which Finch book will take home a P.O.M. award as well. An Extravagant Death's plot is a good one. Mystery fans with a lot of reading under their belts may see the particular twist coming, but Finch handles it well and readers who haven't encountered that type of solution before will be surprised. I also appreciate Finch's research and the way he uses it to bring the times and places alive. We definitely get a feel for the opulence that existed during America's Gilded Age. And he underlines the differences between the U.S. and Britain during the same time period without making too much of them and without making the reader feel like they are sitting through a history lesson. Highly enjoyable read.
The Woman in the Water takes us back to the early days of Charles Lenox's career as a detective. He is fresh out of Oxford and has set himself up in a London flat with Graham, who had served him at Oxford, joining him as his valet and right-hand man.  It was interesting to go back to the beginning and see him as he is just starting out. He's got all the cleverness and talent for observation that is evident in the later cases, but he is young and inexperienced and...well, rather a bit sure of himself. But he's also very willing to learn from his mistakes when that sureness leads him down a blind alley and he has to to rethink his conclusions. It's easy to see how he will grow into the detective we recognize later in his life. I also enjoyed watching the relationship between Lenox and Graham in its early stages. There is a youthful exuberance and easy friendship that is fun to read about. The two make a great team even in these early days of the detective collaboration. An entertaining and interesting look a London in the 1850s with cleverly plotted mystery.
Looking back at the full reviews for each of these, I am going to have to give the P.O.M. award to....The Woman in the Water. So, here are our joint July honorees... 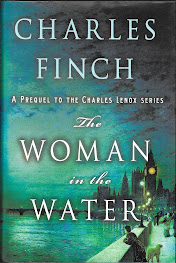