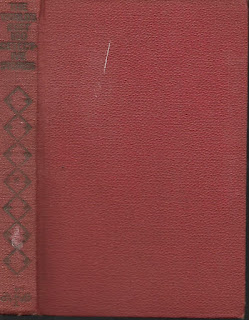 One volume of a ten-volume set of early detective stories. This particular volume is not nearly as strong as the previous two I have reviewed. Holmes is entertaining as always and "The Eleventh Juror" by Vincent Starrett is the best of the rest with "On Top of the Tower" (LeBlanc) following closely, but most of these are poor pickings, indeed. There are no crimes at all involved in Starrett's other two offerings making them weak mysteries at best. "The Three Liars" would have been far more interesting if there had been a real detective following up real clues rather than looking into people's eyes and then doing some sort of early version of the Vulcan mind meld a la Mr. Spock. I hope the other volumes I own will meet the higher standards of Volumes one and seven. ★★

"The Adventure of the Three Garridebs" by Sir Arthur Conan Doyle: A man with an unusual last name is promised a share of riches if a third man with the same name can be found. [Deaths = one shot]

"The Adventure of the Mazarin Stone" by Doyle: Holmes sets out to retrieve the stolen Crown diamond. He knows who has it, but can he force him to reveal where the diamond is?

"Missing Men" by Vincent Starrett: Three men vanish at practically the same time. If Lavender, famed detective of Chicago, can discover what happened to one, he will discover all.

"The Other Woman" by Starrett: A wealthy woman asks Alexandre Dulau to discover where her husband goes when he disappears periodically for one - three days. She's sure he is seeking the company of another woman. She may be right...

"The Eleventh Juror" by Starrett: All but one juror is sure the man on trial is guilty. Why is the eleventh juror so sure that Murray, caught standing over the murdered man with a gun in his hand, is innocent? [Deaths =  one shot]

"On the Top of the Tower" by Maurice LeBlanc: Hortense Daniel has been done out of her inheritance by her uncle. Prince Renine helps her regain it...but discovers murder in the process. [Deaths = two shot]

"At the Sign of Mercury" by LeBlanc: As part of an extraordinary bargain forged at the end of "On Top of the Tower," Prince Renine fulfills his obligation to track down a jeweled clasp for Hortense Daniel. She's not sure she wanted him to succeed...

"Three Liars" by Henry C. Rowland: Three people are telling lies about how the abusive Count Miguel met his death. Jacques Hughes, a mentalist detective, will determine where the truth lies. [one fell from height]

"The Subconscious Witness" by Henry Smith Williams: While early blood testing helps Dr. Goodrich whittle down the identity of a murderer who took advantage of a car accident to two suspects, he must use hypnosis to make the final determination. [Deaths = one hit on head]

"D'Artagnan and the Duel" by Alexandre Dumas: King Louis XIV orders D'Artagnan to investigate a duel which has left a man severely wounded.

Last line (last story): "In that case, you are not human, Monsieur d'Artagnan, for I believe you never are mistaken."