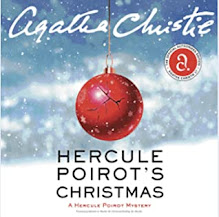 From all appearances Simeon Lee is looking for a good old-fashioned Christmas with his family gathered round him. His daughter-in-law Hilda Lee hopes that he is ready to reconcile with her husband David--a breach having occurred when David's mother died. But Simeon Lee, a nasty patriarch who has always taken great enjoyment in stirring up as much trouble as possible, provided he always came out of it all right, has other plans. A good shake-up and threats of will changing are on the agenda. On the guest list are all his sons and their wives.  Alfred, the good boy who has stayed home and allowed himself to be kept under father's thumb; George, the "respectable" one--a member of parliament and in need of a generous supply of cash to support the life-style...and his rather expensive, spoiled wife; David, the one who resents his father most...primarily because of the way dear old dad treated his mum; and Harry, the black sheep of the family who left home after certain unmentionable events and is ready to be welcomed back to the bosom of his loved ones.  Surprise guests include Pilar, Simeon's granddaughter by his only daughter--who ran off with a Spaniard--and Stephen Farr, son of Simeon's partner from the old days in South Africa.

Simeon starts the party off with a bang--first by making it clear that Harry is not only home for a visit, but will be staying for good. This does not please Alfred at all--he and Harry never got along and he, like the good son in parable of the prodigal resents the black sheep being taken back into the fold like nothing ever happened. The patriarch of the Lee family also indicates that he has taken a great fancy to his granddaughter and the message is clear that changes to his will are in order. George, who has relied on a generous allowance from his father to meet his bills, is informed that future installments will be greatly reduced. There are other minor skirmishes, but those are the big battles.  It's no surprise that the evening after relaying the news about the will Simeon is found murdered--with his throat cut after what appears to be a violent struggle. It is a surprise that the door was locked from the inside and there is initially no indication of how the murderer got out.  It is also a surprise for the murderer that Hercule Poirot is staying with the Chief Constable and is soon on the spot to get to the bottom of it all.

As Poirot proves in the final wrap-up, they all had motives and they all could have done it--even the ones who were apparently alibied.  There are red herrings and clues a-plenty and an astute reader should be able to reach the proper answer.  That's not to say that you will--I didn't neither the first or this, the second time of reading--but it's there for the taking if you can grab onto all the correct clues.  Tight plotting and interesting twists are par for the course in a good Christie novel--and this is definitely one of that rank. ★★★★

First line: Steven pulled up the collar of his coat as he walked briskly along the platform.

I'm old-fashioned, I daresay, but why not have peace and good will at Christmas time? (Hilda Lee, p. 25)

I believe the present matters--not the past! The past must go.  If we seek to keep the past alive, we end, I think, by distorting it. We see it in exaggerated terms--a false perspective. (Hilda Lee, p. 26)

Pilar--remember--nothing is so boring as devotion. (Simeon Lee, p. 48)

Do you mean to tell me, Superintendent, that this is one of those damned cases you get in detective stories where a man is killed in a locked room by some apparently supernatural agency? (Colonel Johnson, p. 88)

Her eyes met Poirot's. They were eyes that kept their own secrets. They did not waver. (p. 106)

The character of the victim always has always something to do with his or her murder.

Mon cher, everyone lies--in parts like the egg of the English curate. (p. 142)

[about a triangular piece of pink rubber and a small wooden peg picked up at the scene of the murder]
HP: Yes. What was it that the senorita picked up?
SS: I could give you three hundred guesses! I'll show it to you. It's the sort of thing that solves the whole mystery in detective stories! If you can make anything out of it, I'll retire from the police force! (Hercule Poirot, Superintendent Sugden; p. 165)

When one suffers some great hurt physically, it causes shock and pain, but it slowly mends, the flesh heals, the bone knits. There may be, perhaps a little weakness, a slight scar, but nothing more. My husband, Mr. Poirot, suffered a great hurt mentally at his most susceptible age.  He adored his mother and he saw her die. He believed that his father was morally responsible for that death. From that shock he has never quite recovered. (Hilda Lee, p. 178)

Last line: Hercule Poirot conscious of the draughts around his neck, thought to himself: "Pour moi, every time the central heating..."