In so many ways, 2021 has been an awful year--if only because of the ongoing pandemic and the refusal of others to do even the most basic things to protect themselves and others. But this is not the place for rants about things like that...This is a place to celebrate reading and to review my reading journey over the last year. And...when we look at that...2021 was a very good year, indeed. It's been a very long time since I managed to top 200 books read. And for the first time since I put the Mount TBR Challenge together, I finally managed to plant my flag atop Mount Olympus on Mars (and even keep reading). Olympus (read at least 150 books from my own TBR stacks) has always been my ultimate goal, even though my declared goal is Mount Everest (100 books). The one year I openly declared Olympus as my challenge goal, I failed miserably and I decided not to do that again. But this year, I loaded up the rocket ship back in September and headed to Mars. I had 100 books under my belt and needed a mere 50 more to plant my flag. I finished the Mount TBR challenge with 183 of my own books read and moved off of the mountain range.

You'd think that would leave me with little to read in future. Ha! I need to clear about 15 more Mount Olympus-sized piles out of the TBR range (I'll let you do the math on that one...). I certainly can't complain that I have nothing left to read.

Other victories include completing all of the challenge goals I set myself for 2021 (all 29 of them). The only challenge that didn't get marked complete is the Nancy Drew Challenge which is ongoing and for which I did not set a goal for 2021--I started too late in the year. Overall, a very satisfying year for this challenge-aholic. What do the rest of my reading stats look like? 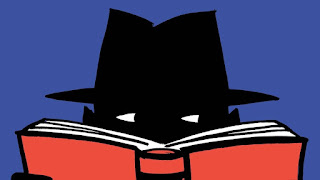 And now (cue drum roll) it's time to declare this year's Mystery Pick of the Year. There weren't quite as many 4.5- and/or 5-star reads this year as has been the case in past years. But those that I did read were awfully good--from the unusual House on Vesper Sands to the Magpie Murders to several by C. S. Harris. It is a really big departure from the norm that there was only one vintage mystery to reach 4.5 status and none that garnered a full 5 stars. E. C. R. Lorac's newly published Two-Way Murder was a delight to read and I'm so glad that the British Library Crime Classics series brought this long-forgotten, unpublished work to us. But...given the the stats and the number of 4, 4.5. and 5 stars that C. S. Harris claimed from me this year and the fact that for the first time in a very long time I am on the edge of my seat waiting for an author to produce the next installment in a series (c'mon, Harris, I want to see When Blood Lies...pronto)...I absolutely have to give the Pick of the Year Award to Harris's 5-star winner: 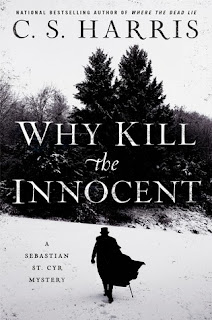 Congratulations on making it to Mount Olympus. Fireworks are going off in celebration. I love you What the Heck Did read and other awards. I'll have to dive into C.S. Harris's Sebastian St. Cyr Mysteries one of these days. Cheers!

It's so much fun to see yearly wrap up posts! Congratulations on finishing all your challenges and reading so many books from your shelves. I have C.S. Harris' series on my TBR. Maybe 2022 will be the year I get to it.