Top Ten Tuesday: Books I'd Gladly Throw Into the Ocean

hosted by That Artsy Reader Girl
I'm jumping back on the Top Ten Tuesday bandwagon. It's a meme that asks us to list ten books on a given topic. This week we're looking at "Books I'd gladly throw into the ocean." While I don't generally advocate destroying books, there have been a few over the years that have exasperated me so much that I've thought about making exceptions.Here's a taste of frustrating or just plain bad mysteries (full reviews--where available--linked to the titles):
1. The Polka Dot Nude by Joan Smith: The mystery wasn't very mysterious. There was very little suspense. And the characters weren't all that interesting or engaging. And my feeling throughout the book was: Why should I care? 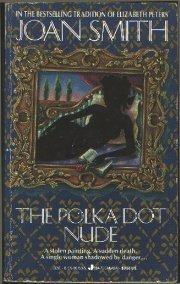 2. The Perfect Murder by H.R.F. Keating: The book that wasn't. Perfect, that is. And SPOILER ALERT! 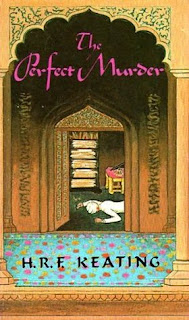 It's not a murder either. This book makes lists for great mysteries. After trying to read it I can't figure out why. I have yet to read anything by Keating that should make a great mystery list. The historical mysteries he wrote under the name Evelyn Hervey are the best things I've read by him--but they're just fine, middle-of-the-road books. Nothing to knock anyone's socks off.
3. The Small World of Murder by Elizabeth (E. X.) Ferrars: Okay...so I've read many of Elizabeth (E. X.) Ferrar's books--mostly in her series featuring retired professor of botany Andrew Basnett--and I've generally enjoyed them. But this one did not do a thing for me. Very oppressive, instead of suspenseful as most of her non-series books are. And really quite convoluted--especially the explanation. I'm still not sure that I understand the motivation behind the kidnapping and the murders. Unlike other novels I've read by Ferrars, there wasn't much to like about the characters, either. 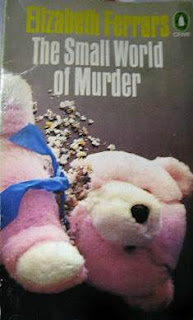 4. Copper Gold by Paula Glen Winslow: This just was not in any way, shape, or form a compelling story. Inspector Copper (who is mixed up with a woman with mob connections) was not a sympathetic character, so I honestly didn't much care if Superintendent Capricorn would be able to clear him or not (I assume he does....). And Capricorn really isn't an interesting character himself. I gave up after the first dead body appeared and a mafia widow showed up demanding a more thorough investigation than what her husband seemed to be getting. 'Cause she's sure that the little tramp (Copper's girlfriend) or that bent copper really murdered her dear hubby. [Never mind that she's been in America and separated from him.] It was all just too much and too sordid-feeling for me to take. 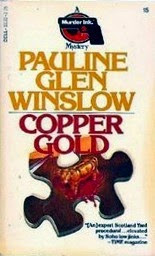 5. The Poe Shadow by Matthew Pearl: This is such a disappointing book after The Dante Club. It's poorly plotted with a pace that moves about as quickly as a herd of turtles. It also makes no sense. Quentin's motivation for his intense obsession and willingness to give up his livelihood is murky at best and not really explained at all. It's very unclear whether all the plots and machinations are really happening or if he's imagining things. Pearl makes a great deal out nothing. And in the end, I just plain didn't care what happened to Poe and whether Quentin could prove it and get on with his life. Not because I think the death of Poe wasn't mysterious and that there couldn't be a story in it--but because as far as I can tell, Pearl didn't really make it into a story interesting enough to be worth telling. 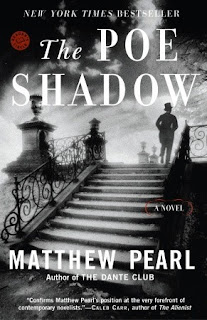 6. One for the Money by Janet Evanovich: Stephanie Plum doesn't do much for me as a heroine. I don't connect with her at all--from her trying to run over her former lover to her blackmail of her cousin about his affairs and relations that involve a duck (what the heck?!) to her taking on a job that she has absolutely ZERO qualifications for.  Nora Roberts in a blurb on the back of the book wants to stick Stephanie in the ranks with Kinsey Millhone.  I'm not even a major Millhone fan and I think that's an insult to Kinsey. The writing itself seems to be to be cotton candy for the brain.  Too much of it makes Bev a sick girl.  Too much in this case would be ten pages at a time. 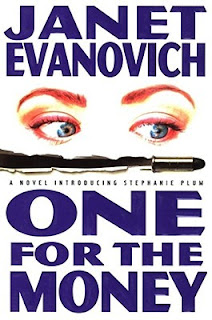 7. The Mind-Murders by : So when I read this I went from a mystery with a headless corpse  to a book with a headless teddy bear. Named Brom.Yeah, I didn't believe it either. The Mind-Murders (1981) by Janwillem van de Wetering reads like it was written while the author was on an acid trip. It's got hippies, dancing policemen, a couple of cops named Ketchup & Karate (I tell you I'm not making this up), and is written with a dream-like quality that makes you think of the Sixties and sex, drugs & rock-n-roll. The only mind that seems to be murdered is that of the poor reader who valiantly tries to follow the story line to its logical (?) ending. 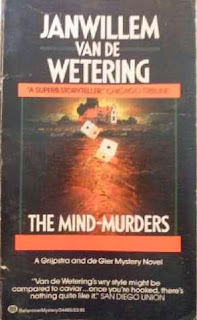 8. Eyes at the Window by George Selmark: Do you ever get the feeling when you're reading a book that you're swimming against a very strong current? Or working your way through the thickest fog? Yeah, that was this book. It is only 143 pages long, but I felt like I was working very hard to get nowhere fast and I couldn't really see what was happening at all. 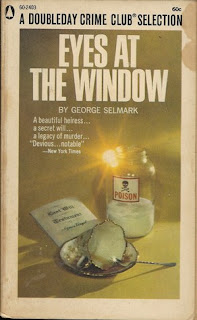 9. With No One as Witness by Elizabeth George: The book that made me stop reading her. If I tell you exactly why, it will spoil the whole plot for you. Read pre-blogging, so no review. 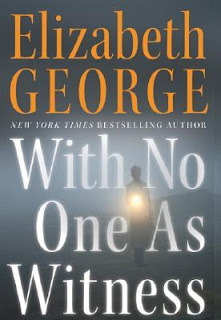 10. And Hope to Die by Richard Powell: Honest-to-goodness, this sounded like it would be a fun romp. I'd heard somewhere that Andy and Arab were better than the Abbots (series by Frances Crane), so I looked forward to reading it. The mystery is convoluted. Things move along in a jerky kind of way. And it just doesn't grab me at all. This is supposed to be a funny, bantering couple mystery novel. But Andy and Arab just make me tired. There is too much banter. Andy is too reluctant. Arab is too eager. 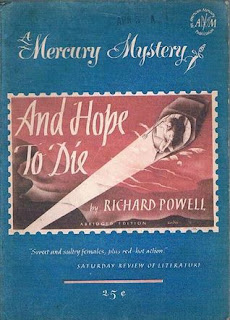 Welcome back to Top Ten Tuesday! Good for you for knowing your limits.

I haven't read any of these, but from your descriptions, I can see why they annoyed you. Bummer!

I haven't read any of these but ill be sure to steer clear!

Isn't it funny how different readers can read seemingly different books, yet they are reading the same book? I enjoyed your comments on these books!