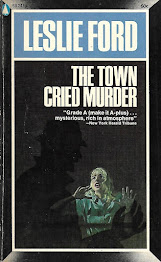 Our story is told to us by Miss Lucy Randolph, a spinster brought up in the tradition of a true Southern lady. Having never married, she has invested all of her maternal feelings in her young relative Faith Yardley. Faith's mother (also Faith) died when she was young and she has been brought up under the rather prim, self-sacrificing eye of her father's sister, Melusina. Melusina has, as she will tell anyone who will sit still long enough, sacrificed all for her brother and the sake of the Yardley mansion. Her Southern pride will not allow Yardley Hall to be sold to "those Yankee Restoration people" who have given new life to so many of Virginia's lovely old homes...including Miss Lucy's. Melusina would much rather sell off what family heirlooms she can...and when those run out, trade Faith's happiness in on an arranged marriage with a wealthy older man to save the family fortunes.
That's where our story begins. Miss Melusina has sent the announcement of Faith's engagement to Mason Seymour to the papers and considers everything settled. But then young, brash and handsome Bill Haines arrives. Haines is the ward of a man who paid his addresses to both Melusina and Lucy before being turned down and leaving Virginia for greener pastures. He has a note of introduction that allows him to take up lodging in Miss Lucy's home. He meets Faith and instantly falls in love. And that's when the trouble starts.
Haines winds up heading off to Seymour's house to tell him what he thinks of an elderly man taking advantage of a young girl like Faith and the next thing we know Seymour is dead. He was apparently shot from the terrace outside while he sat writing at his desk and it looks like the gun used came from Miss Lucy's place. Things look black indeed for Haines. But there are a few mysteries that the police will need to clear up before they can be sure. Who left the bloody stain on the Yardley's well? Who was 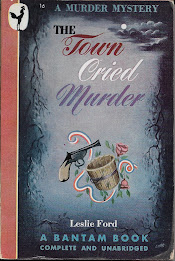 the mysterious shadow that Miss Lucy saw when she was out roaming about that night? What happened to Seymour's second will? Just how many people were in and out of Seymour's house that evening anyway? What did Faith's father do when he found out his sister had talked Faith into marrying someone she didn't love? Did he take matters into his own hands?
To my mind, this wasn't Ford at her best. The primary distraction is the dialogue and Miss Lucy's inner monologue. These seemed to be full of non sequiturs and a lot of jumping from one subject to another. The characters just plow ahead with their conversations as if everything is in order and making perfect sense, but it really wasn't.
And, honestly, the wrap-up wasn't nearly as satisfying as it could have been. It was a typical "gather all the suspects and bring out the evidence against them all in turn" scene and that would have been just fine. I happen to like those because they tend to cover all the clues and red herrings and straighten everything out. But there was one twist too many--if John Crabtree (our investigator) had stopped his finger-pointing at Melusina, I would have been best-pleased. She had a dandy little motive and that interfering woman really would have made a nice culprit and gotten her out of the way of young love. {apparent blank area hides a spoiler--highlight it if you're curious} I still find that I enjoy the Ford books that feature Colonel Primrose & Grace Latham the most. Her standalone books just don't hold up as well. ★★ and a half
First Line: The first I knew that Faith Yardley was actually going to marry Mason Seymour was the afternoon her aunt Melusina Yardley stopped me going into the Powder Horn in Market Square to the Society for the Preservation of Virginia Antiquities.
Last Line: "Don't rune away from me this time, Lucy," he was saying, very gently.
***************
Deaths = 2 shot
Posted by Bev Hankins at 9:36 PM