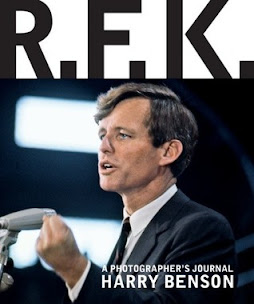 Published 40 years after the assassination of Robert F. Kennedy, Benson captures in pictures and journal entries the days of Kennedy's run for the presidential nomination--from the day he announced his candidacy to that fateful day in June of 1968 when a man with a gun in the kitchen of the Ambassador Hotel cut that run short. The photography is excellent--beautiful, touching, and haunting--capturing RFK in private moments with his family and public moments when he made connections with those of all races and all backgrounds. Benson also captures the horror and tragedy of Kennedy's final moments and the outpouring of grief in the faces of those who lined the railroad tracks as his body made its way to Arlington. Robert Kennedy is one of those "what ifs" of history--what if he hadn't been taken through the kitchen that night? What if he had lived and become president? What kind of president would he have made and how might we as a nation be different?  ★★★★★