Sidney Chambers & the Shadow of Death 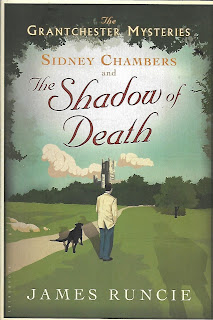 Sidney Chambers & the Shadow of Death (2012) by James Runcie

In 1953 England Sidney Chambers is the vicar of Grantchester and the honorary canon of Ely Cathedral. He is also becoming a somewhat unwilling amateur detective. The first story in this collection of six interconnected short mysteries finds Chambers thrust into an investigation of the supposed suicide of a solicitor named Stephen Staunton. His mistress is quite certain that it was murder and after the funeral she asks Sidney to investigate. She may not like what he finds out. In the next story Chambers is invited to a New Year's Eve party where an anticipated engagement announcement is marred by the disappearance of the very expensive engagement ring. His sister's new boyfriend is a prime suspect, so she begs him to take a hand in determining the real culprit. This is followed by a tale in which Chambers' doctor is suspected of hastening the death of his fiancee's mother (and possibly starting a spree of mercy killings). Then Chambers and his good friend Inspector Keating visit a jazz club in London just in time to be right on the spot when the daughter of the club's owner is killed. Next up, a more thrillerish story about fraud in the art world and Chambers' good friend Amanda Kendall, junior curator at London's National Gallery, is put at risk. The last story in the collection is about the murder of "Caesar" (Lord Teversham) during the first night of a local production of Julius Caesar.

Not entirely what to make of this. First off, when I picked this up at our Friends of the Library used bookstore, I was expecting a novel, not six short, intertwined stories. (That was my mistake, not reading the blurb properly.) I got over that hurdle and settled down for a nice collection of short mysteries.  But...I spent a good portion of the book thinking, "If I didn't have this down for so many challenges, I think I'd quit now." Especially in the first half or so of the book. It wasn't that it was bad--the characters just didn't grab me and Sidney Chambers wasn't convincing me that he was an amateur detective (of sorts). The mystery plots aren't all that strong and the "detection" of the crimes isn't real straightforward. There's way more personal drama and moral conflict going on than mystery. Lots of inner reflection on the moral consequences and what laws (whether man's or God's) we can bend/break and it still be okay or even the right thing to do. But by the end of the book Chambers (and Runcie's style) seemed to be growing on me. I have others in the series on the TBR pile, so I'll probably give the next one a try to see if my interest grows. ★★★

Last Line: "I certainly hope so," his clerical companion replied. "Another round, Inspector?"

Deaths = 5 (one shot; two "natural" [though possibly helped along, not proven]; one strangled; one stabbed)

It seems my memories are so few of this book that I had forgotten it was a short story collection. I would if this type of series is better employed on TV.

I've seen other reports that the TV series is really good...I'm just not much of a viewer anymore. I much prefer to spend the spare time I've got reading. When I do watch something, it's usually something familiar--just as a break from reading.

Yes Bev, I am the same. I don't watch much TV now. It has been a while since I have probably got into a drama series of some kind.