January Pick of the Month 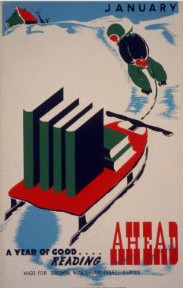 It's been quite a while (three years? surely not) since I put together my Pick of the Month list of books read, stats, ratings, and overall My Reader's Block P.O.M. Award winner. I'm going to try and get back into the swing of things. In the past, I had participated in Kerrie's Pick of the Month meme which focused on mysteries, but it doesn't look like she's got that up and running. My plan is to focus on mysteries (since that's the bulk of what I read), but if there are non-mysteries worthy of a P.O.M. award then I will hand two awards. So...let's see what I've been up to in January.
Total Books Read: 15
Total Pages: 4,131
Average Rating: 3.44 stars
Top Rating: 5 stars
Percentage by Female Authors: 40%
Percentage by Male Authors: 27%
Percentage by both Female & Male Authors: 33%
Percentage by US Authors: 40%
Percentage by non-US/non-British Authors:  6%
Percentage Mystery:  80%
Percentage Fiction: 93%
Percentage written 2000+: 33%
Percentage of Rereads: 13%
Percentage Read for Challenges: 100% {It's easy to have every book count for a challenge when you sign up for as many as I do.}
Number of Challenges fulfilled so far: 1 (4%)
Of the books read, I handed out two five-star ratings. One to a reread of Agatha Christie's brilliant murder on a train, Murder in the Calais Coach (aka Murder on the Orient Express), and the other to a Young Adult Fantasy by Garth Nix. As a rule, I don't read a lot of Young Adult books, but the synopsis for The Left-Handed Booksellers of London sounded so good that I couldn't resist. I'm glad I didn't. Booksellers is a lovely mash-up of action/adventure, fantasy, historical fiction, and a little bit of mystery (not enough to count as mystery, though). I read it straight through in one day and enjoyed it more than I've enjoyed anything in a long time. I loved all the literary references that came up (what else would you expect from a book about booksellers?) and I was very pleased to see a Lord Peter Wimsey reference. Great fun and it earns a non-mystery P.O.M. award. 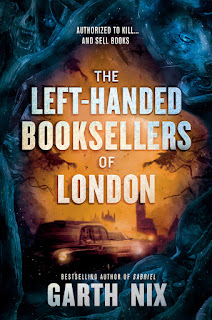 Mysteries read:
1. Princess Elizabeth's Spy by Susan Elia MacNeal (3 stars)
2. Death of a Millionaire by G.D.H. & Margaret Cole (3 stars)
3. Crimson Snow by Martin Edwards [ed] (4 stars)
4. Sidney Chambers & the Shadow of Death by James Runcie (3 stars)
5. The Floating Admiral by The Detection Club (4 stars)
6. Death & the Dutch Uncle by Patricia Moyes (3 stars)
7. When Maidens Mourn by C.S. Harris (4 stars)
8. Mr. President, Private Eye by Martin H. Greenberg & Francis M. Nevins [eds] (3 stars)
9. Dead as a Dodo by Jane Langton (2 stars)
10. Hallowed Murder by Ellen Hart (3 stars)
11. Raffles (The Amateur Cracksman) by E. W. Hornung (3 stars)
12. Murder in the Calais Coach (aka Murder on the Orient Express) by Agatha Christie (5 stars)
January was certainly a solid mystery-reading month. I managed to read twelve mysteries among the fifteen book total and most of them were decent, middle of the road reads. As you can see, three books followed close on Dame Agatha's heels with four star ratings: The Floating Admiral, a collaborative effort from The Detection Club which was just as enjoyable this time around as when I read it in the 80s; When Maidens Mourn, one of C. S. Harris's excellent regency-era historical mysteries; and Crimson Snow, a collection of Golden Age short stories primarily set around the Christmas holiday and edited by Martin Edwards. I've handed Ms. Christie a P.O.M. award for Orient Express in the past, so we'll be looking to the four-star winners for our January pick. All of these books have their charms and the Admiral's may have something to do with nostalgia for my early days of mystery reading. So, I think we'll keep searching for our P.O.M. winner. I've been thoroughly enjoying my visits to regency England and Harris's characters and plots keep me reading through the series. But..I also feel like she has a five-star book in her and I'm going to hold off on handing her a P.O.M. till I see if I'm right. Which means that our first Pick of the Month for 2021 is..... 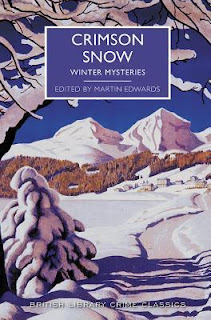 Once again Martin Edwards has gathered together a delicious selection of holiday treats for the Golden Age mystery lover. We have Christmas ghosts, spurious Santas, mysterious strangers who leave no tracks in the snow-covered country-side, and criminous carolers...among other mysterious fare. Well-known authors such as Margery Allingham, Michael Gilbert, Julian Symons, Edgar Wallace, and Josephine Bell appear with those who may not be as familiar to mystery fans. All but two are seriously good mysteries and Josephine Bell closes the book out with a very dark and sad tale that brings home the plight of those who left alone on Christmas. There's even one story that offers a final challenge to the reader--with the answer at the end of the book. Can you figure out Cork's secret? Overall, an excellent collection for Christmas--or any time you're in the mood for a holiday mystery or twelve. 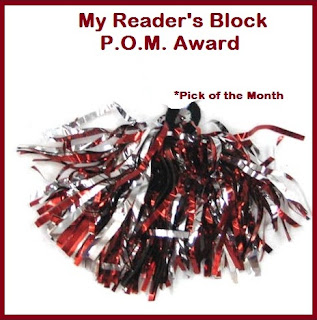 I enjoyed seeing all your stats, Bev! Looks like you had a good reading month.