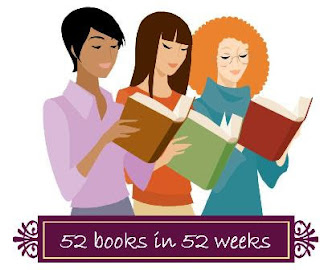 I finished up my reading for the Challenge with The Death at Yew Corner by Robert Forrest. It had an interesting locked room murder at the end, but it wasn't the strongest mystery I read this year. But as far as the challenge goes, I actually read my 52 books quite a long time ago--if we go strictly by the numbers. But--I take the book a week thing seriously, so I try to make sure I post a book for the challenge for each week of the year. Robyn has also asked us to post answers to some end-of-year questions. I've done so below.

~What were your reading goals for the year? Each year I try to read as many books from my own stacks as possible--and I sponsor a Mount TBR Challenge with that goal in mind. I always aim for Mount Everest (100 books from my own stacks), but have the dream goal of Mount Olympus on Mars (150 books). I did a really good job with that goal in 2021. So far, I have read a total of 243 books and, of those, 184 came from my own shelves so I finally (after ten years of the challenge) managed to plant my flag on the summit of Olympus.

~Did you explore outside the box, delve into new worlds or take comfort in the old? Well...I did a bit of both. I reread some old favorites including Agatha Christie and a historical mystery series from C. S. Harris. I had read the first four or so of the Harris series and I reread those, then kept reading the series until I was all caught up. Now, I'm impatiently waiting for the next one to come out in 2022. I also take part in a couple of challenges that push me into reading "outside my box." For instance, I read The Left-Handed Booksellers of London by Garth Nix--a young adult novel that would never have chosen for myself if one of the challenge prompts hadn't led me to it.

What was your most entertaining read of the year? Either The Left-Handed Booksellers (mentioned above) or Magpie Murders by Anthony Horowitz. Both were five-star reads and kept me entertained from beginning to end.

Which stories stuck with you the longest? The series by C. S. Harris. I really like the story arc she has going on for Sebastian St. Cyr, Lord Devlin--the protagonist. Each installment has told us a little more about him and given greater insight to various supporting characters as well. There is a lot of depth to the story-telling.

Which characters did you fall in like or love with? See above. Lord Devlin and his wife Hero are terrific characters and I like them a great deal

Which stories or characters made you want to dive into their world and live there? I enjoyed visiting the 18th century with Lord Devlin--but I don't know that I'd particularly want to live there. I wouldn't mind living in the world of one of my Golden Age detective novels--provided I didn't wind up as one of the victims!

Which stories surprised you, made you reflect, laugh out loud, tear up, or irritated the heck out of you? Blood on the Dining Room Floor by Gertrude Stein--irritated the heck out of me. Supposedly a murder mystery by Stein. When I was done with it, I couldn't have told you what the plot was if my life depended on it. And I never did figure out where the blood on the dining room floor came from....

Which stories inspired web wonderings and lead you on rabbit trails? Murder at Bray Manor by Lee Strauss (historical mystery). Read this one to meet a prompt for one of my challenges--this sent me on a hunt online at the library for other entries in this series. Very light and fun reads. Glad I was able to hunt them down.

Which stories would you read again and again? Nearly all of Agatha Christie--in fact I have. And probably will again. Will probably read the C. S. Harris books again sometime in the future.

One book you think everyone should read? My Own Words by Ruth Bader Ginsberg

Where in the world and through what time periods did your reading adventures take you? I've been to England, Scotland, Russia, the Netherlands, Monaco, Yugoslavia [present-day Croatia], Romania, France, Belgium, Turkey, Denmark, Austria, Bosnia, Germany, Spain, Sweden, Greece, and Italy. I've time-traveled to the tenth century in Michael Crichton's The 13th Warrior and the fifteenth century in The Trolley to Yesterday by John Bellairs and eighteenth century England in the C. S. Harris novels. I've also spent a great deal of time in the Victorian era and the 1920s and 1930s (I do love those Golden Age mysteries).

Share your stats, new to you authors, favorite quotes, or covers. I don't have my stats done for the year--I always wait until January to make sure I catch all my last-minute reads. I will say that I enjoyed discovering Lee Strauss and Janice Hallett. Hallett wrote a modern mystery called The Appeal which relays details about a murder mystery almost exclusively through emails and text messages. It was a really nifty, modern twist on the epistolary novel. I hope she writes more!