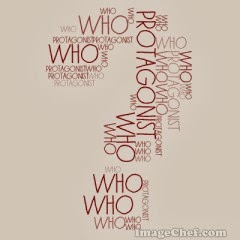 
What is a protagonist? The leading character or one of the major characters in a drama, movie, novel, or other fictional text.


Here's my tentative list--I may adjust as other challenges shape up:

YAY!! I am so glad that you are joining my challenge!! You Slay Me is such a fun book!! I cannot wait to find out about your other selections!

You are almost finished! I would read the MaryJanice Davidson - she is so funny! Not that I don't like Katie MacA, because I do..
Betsy and Eric are so great together!!

I am almost finished! One more!

You've sold me on the Davidson book...next up (after the current read).