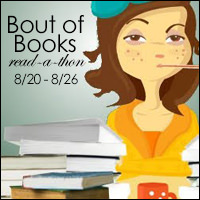 Day 3 of the Bout of Books Read-a-Thon

I'm still working away at my 576-page true crime book (almost done!). It would help read-a-thonning if I didn't have to work and it weren't the beginning of a new academic year here at the university. (Crazy-making!) But--joining in on the Bout of Books has definitely kept me more motivated in reading this week than if I hadn't participated.

Today's prompt--Literary Villains: Who are your favorite literary bad guys?

Here's a top ten list I made quite some time ago. I don't collect favorite villains as a rule, so this list still stands.

1. The White Witch from C. S. Lewis. One of the first baddies that I ran across (unless you count the Big Bad Wolf with the three little pigs or his cousin with Little Red Riding Hood). She was really slick wasn't she? Snaring little boys with Turkish Delight.


2. Professor Moriarty, Sherlock Holmes's arch-nemesis. How could I not list the "Napoleon of Crime"--"the organizer of half that is evil and of nearly all that is undetected in [London]"?


3. The Queen of Hearts in Alice in Wonderland. Gotta love a villain whose best line is "Off with her head!"


5. But wait, then there's the government that sends out the Firemen in Farenheit 451. A book blogger has GOT to hate those who condone and enforce book burning!


7. Cruella de Ville. Wants to murder puppies for a fur coat. What more need I say?


8. Dorian Gray. Willing to kill just so he won't be criticized by his "conscience" and so he can stay pretty.


10. Mrs. Danvers. The original creepy housekeeper. Particularly as played by Judith Anderson in the Hitchcock version.