Death of a Dwarf: Review 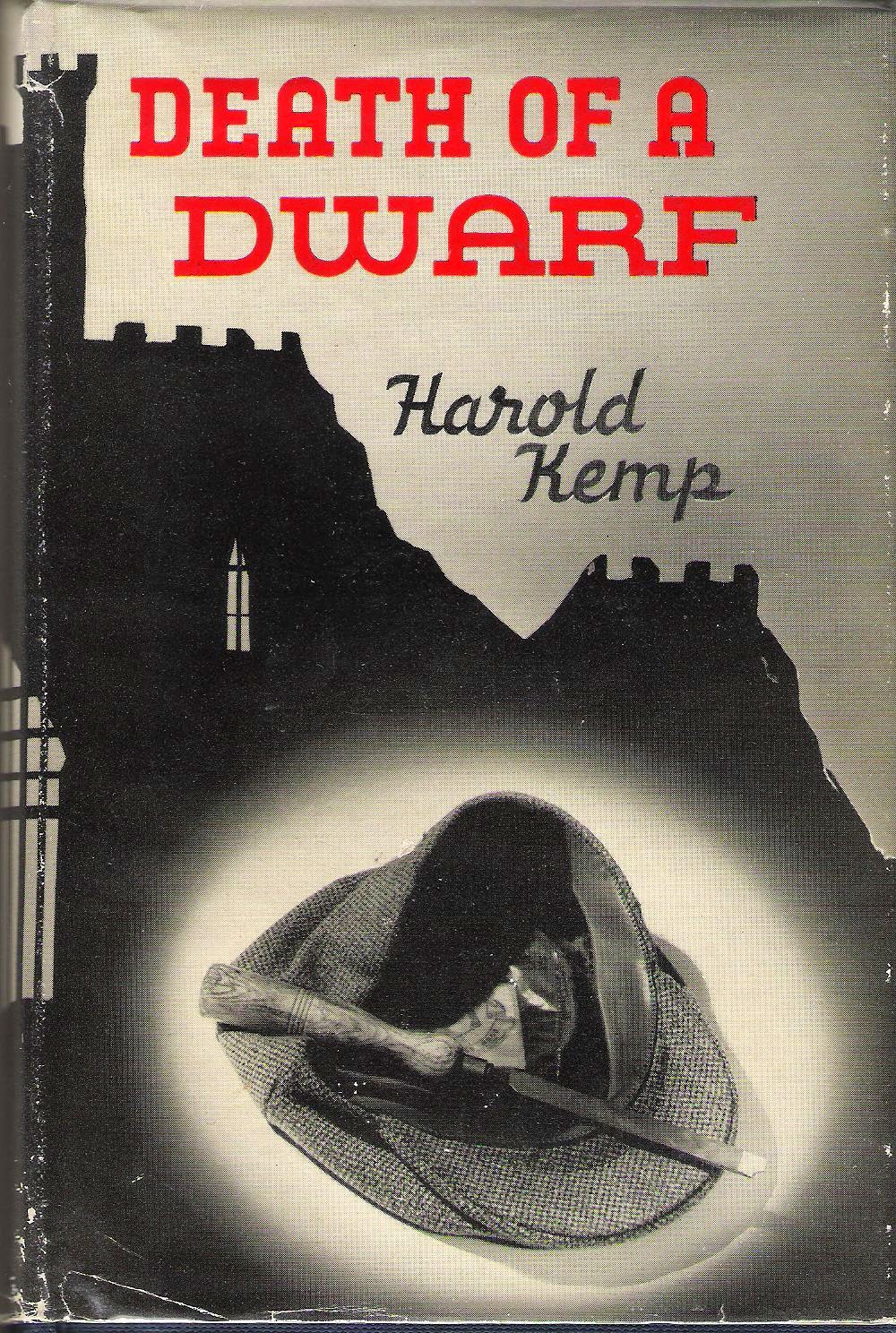 According to Classic Crime Fiction, Death of a Dwarf (1955) is the fifth in a mystery series by Harold Kemp and features Detective Inspector Jimmy Brent and his team of sleuths. Like me, the folks at CCF have found very little information about Kemp out on the interwebs. If anyone has any information beyond his birth year (1896) and short bibliography (seven titles in all), I'd love to hear about it.

Kemp's story, as you might guess, revolves around the late-night murder of a dwarf along the road in the village of Castle Ascombe. The trouble is there is nothing to identify him--not a scrap in his pockets. No one admits to recognizing the man and, given the aroma of whiskey that surrounds the body, he is taken for a wandering drunk who wandered too far into the path of one of the few motor vehicles to travel that way. But Sergeant Mason, the local officer, isn't too sure and he reports to his Division Headquarters where plans are made for Detective Inspector Jimmy Brent to make a run to the country for a look-see.

Before Brent can make his trip to Castle Ascombe, however, somebody (or bodies) relieves Mason of his corpse, leaving nothing but the man's hat behind. Who would want to steal a murdered man? And why was he in Castle Ascombe anyway? Inspector Brent is quite sure that somebody know the answer to that little question.

Then the vicar starts acting weird--hiding under hedges and telling unnecessary lies. The doctor plays hard of hearing and avoids answering questions. And instead of pussy down the well, we have policemen down there. The lord of the manor would like to believe that everything is all sewn up when it looks like a naturalized Polish citizen has hanged himself after Inspector Brent questioned him once too often. But, again, the officers aren't ready to buy the easy answer. Someone would like them to...but then justice wouldn't be served. And that's what Jimmy Brent gets paid to do.

I had never heard of Harold Kemp before I walked into Half-Price Books on a day that they were holding a bargain price sale (so much percent-off). There on the Nostalgia shelf sat a pristine little hardback with dust jacket and all--even at HPB's normally low price, I probably would have passed Kemp up because it was still a bit out of my price range and a totally unknown author. But with a rather hefty percent off, I couldn't resist. I'm not sure whether I should be glad or not. The story is quite good with a standard motive given a nice little twist. Fairly clued--it's certainly not Kemp's fault that I completely forgot a little tidbit that he prominently displayed for me back in the early chapters. Likeable characters--the interactions between Jimmy Brent and his superiors, colleagues, and underlings are delightful and supporting characters from the village are just as good (save for a few suspects...but then we're not supposed to like them). There's even a knowing little old lady calmly knitting in her little apartment--but none appear to be stock characters used purely for effect. Finely drawn surroundings--nice country village and there's even (see the cover) a menacing castle with ruins. My uncertainty lies in the fact that I'm quite sure that future installments of Brent and company are going to be rather difficult to come by (unless I want to break down and search for him through internet sellers). ★★★★ for an excellent, serendipitous find.

Since this was published in 1955--the same year my friend Richard made his first appearance, this fulfills the Birthday square on the Golden Vintage Bingo card. And--I didn't know this when I picked the book out--the titular murder takes place on his very birthday. He claims to have an alibi... 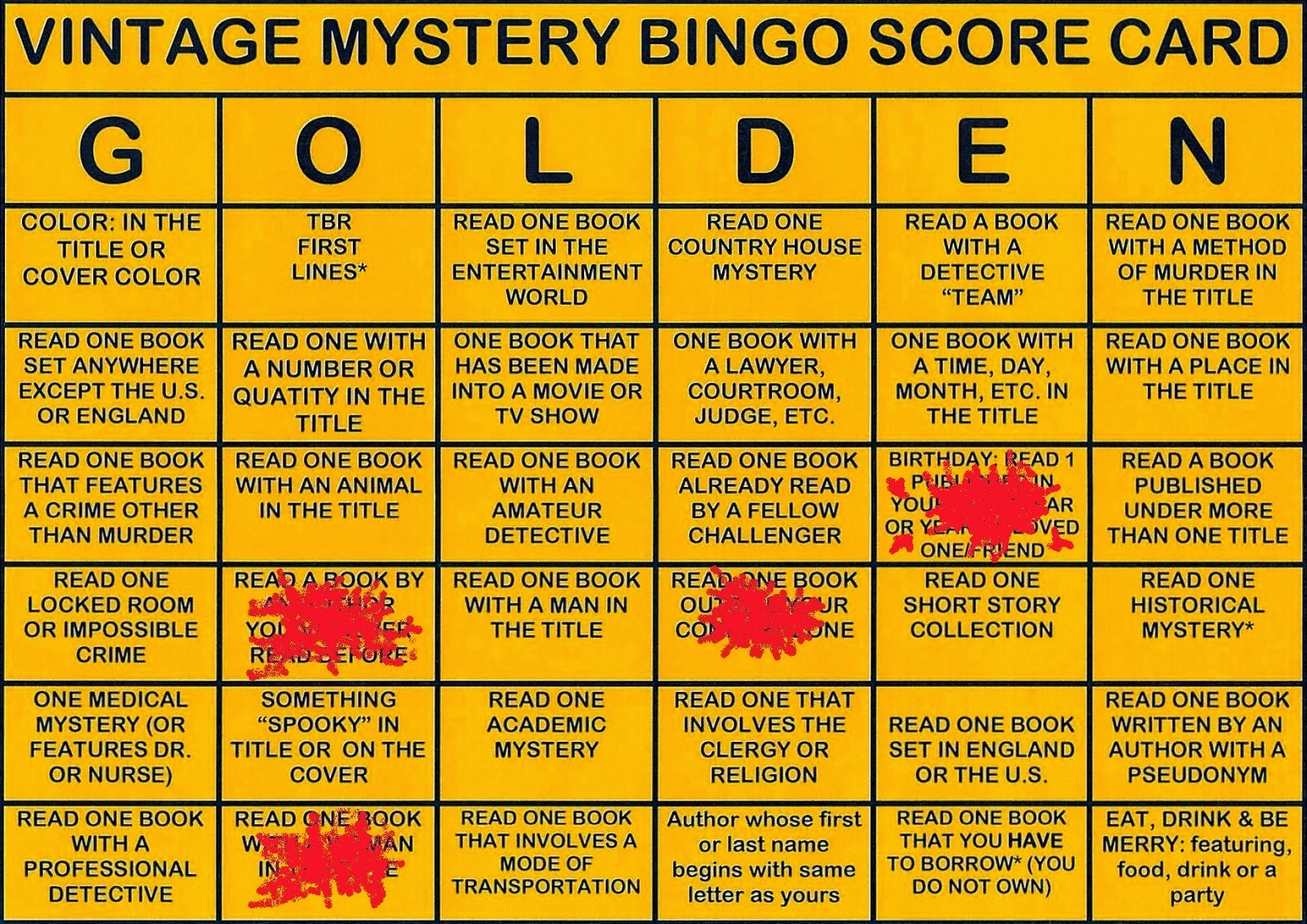 I'm hoping one of my vintage mystery peeps will know something...

Wow. Totally new name to me too, Bev - and a pity, as it sounds very interesting indeed. Nothing in the GAD Wiki, or Wikipedia for that matter. Amazon knows the book but says it's currently unavailable. I'll say!

Ryan--It was a very good read, especially since the author seems to be a total unknown.

Harold's Curry (sp.- Currey?) Kemp was my great uncle - my grandad's brother. I can't tell you much, though if it looks like anyone sees this, and shows any interest, then I might see if I can dig out any further tidbits.

He was one of four brothers from Stockton- on -Tees (up by Middlesbrough,in the North-East of England. Actually my grandad was born out in a little village on the moors-Heartbeat country, not far from Middlesbrough, so maybe Uncle Harold came from there too, originally. But they were Stockton / Middlesbrough people, basically. I remember going to visit him and his wife, Elsie, in Middlesborough in the late sixties.

He worked for the British - Argentine Meat Company. (Or something with a similar name.) The only Company I could find that sounded about right stopped trading in 1936, but I believe he was doing similar work later. My mum said he would get up very early to work on his books before work.

There isn't much I can add. He died in about 1970. I'm sure he would have been delighted that his tales were appreciated, as am I. I hope this is of some small interest, somewhere, sometime, somehow, to someone! 16th July 2021.

Thanks so much for this! I've enjoyed both of the stories I've read by him.