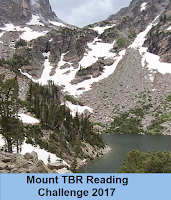 Here you will find the link to the original challenge post.  Also, each month I will enable a Monthly Review Link where posts for that month can be linked up.  The link will be open a few days into the next month.  If you miss posting a review to its particular month, then feel free to add it to the next.  There will also be the usual Quarterly Checkpoints that will go live every three months.

Thank you for soliciting votes and having great ideas! :-) I said "themes" on the vintage poll because they entailed the fewest hoops and I enjoyed them but I truly consider reading a batch of old mysteries challenge enough. Without extras; this wonderful group is a special project on its own.

Given that 1968 will be 50 years ago: upping parametres to include the 1960s at the very least, boy, would that free a good portion of my material for eligibility. A lot of 1950s stuff and older can be dry to get through, with antiquated views on women and that mystery guild prohibiting the paranormal. But the 60s & 70s are a pleasure. It would be perfect if we could go up to 1980. But opening up to the 1960s would do. It doesn't mean forgoing the 1950s. It simply means getting to mix a little more with them.

Well--the whole point of the Vintage Mystery Challenge is old mysteries, so I don't consider that a "hoop." I like to make it interesting by adding a challenge beyond the type of book to read. There are plenty of challenges where you can just read a certain number of books with no extra "hoops."

As far as the publishing dates go: For the last several years I have featured both a Golden (pre-1960) and a Silver (1960-1989, inclusive) option on my Vintage Mystery. I plan to continue that. I will not open it up for anything more recent than that.

You bet, oldies are an attraction and the point. I love my gothics and Canadian dectectives. This is about the vintage cap. Not excluding the 1950s for a separate route but the ends meeting (doesn't have to go to 1989). Instead of all 1950s and older, or missing out on them, for an all-silver route; open the road to including some 1960s. In short, the cap rising a little past 1959. The creative secondary layers of challenges? Now, you know full well, I go the distance with those. Just don't underestimate that sticking to a time period *is* a first layer and that you are doubly tricky! :)

I'm sorry, but I'm not open to changing my time period designations or how I designed the Vintage Challenge as far as time periods go. I fully admit that they are arbitrary periods--but they are the designations I have chosen. Participants must either do "Golden"--which is actually my preferred time period--or do "Silver" for the Vintage Mystery Challenge (or both--but as separate parts of the challenge). When I started it, my plan was for all pre-1960 books. I opened it up so those who like the "newer" vintage books could play, but I won't allow mixing them for this particular challenge.

I am considering another open time period mystery challenge (to replace the "Follow the Clues Challenge"). If I run that, then any mystery, published at any time will count.