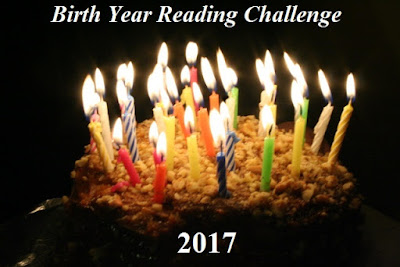 I am so excited! The Birth Year Reading Challenge, hosted by J. G. at Hotchpot Cafe, has returned from its hiatus. This was one of the first--if not the very first reading challenges that I signed up for when I first discovered book blogging back in 2010. I zoomed through a large chunk of the famous books published in my birth year (1969...Shhhh!) and later rounds allowed us to use birth years of other people in our lives. Now that the challenge is back--and I've bought several carloads of books since 2010--I think I've got enough books from 1969 to make a good challenge of it. For full details and to join us, click the link above.

Here's my proposed list [I forgot to set a goal at the beginning. However, my original list had 17 books on it. When I reach 17 books, my challenge goal will be met):

Well done and thanks for the shoutout! What a fantastic mix you've put together! I agree it's impossible to leave Dr. Seuss off the list, whatevever the rules.