The Postman Always Rings Twice by James M. Cain could so easily have filled the "Out of Your Comfort Zone" square on the Golden Vintage Bingo card for me." Because a noir fan I'm not. But no worries, I've got a hard-boiled, private eye story waiting on the TBR pile, so I'm slotting this short novel which has been converted to film twice (1946 & 1981) into the "Book to Movie" square instead.

Postman has nothing to do with the mail service or ringing (or doorbells or whatever). It is narrated by Frank Chambers, a drifter who has been in and out jail and a man who likes a hustle better than a steady-paying job. He stops at a diner in California intending to cadge a meal and move on. The diner's owner Nick Papadakis (also known as "the Greek") thinks the fit young man looks like someone he'd like to have work for him at his gas station, but Frank doesn't want to get tied down.....until Nick's sultry, sexy wife Cora comes into view.

Cora is younger than her husband and bored silly with the restaurant work...not to mention disgusted by her husband's size and the grease that seems to linger round him from the kitchen and the cars. Frank is just the bit of excitement she's been looking for and she tumbles straight into his arms at the earliest opportunity. It isn't long before they're plotting to remove the obstacle to their lus--- er, love. But the results of their plans may not be what they think. 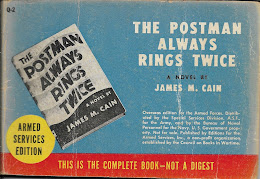 This is, as anyone familiar with crime fiction knows, a classic in the noir genre. Considered one of the more important crime novels of the 20th century, it was very successful and notorious once published--banned in Boston at one time for sexual content and violence. Of course, now it doesn't seem nearly so risqué--but it is still full of sexual tension.  It is a book about obsession and the consequences of lust and greed. I can't say that I like any of the characters--none of them are really likeable, not even earnest, hardworking Nick. But the characters are real and vividly display the flaws and short-comings of human nature.  Not my cup of tea--but a good, solid story that kept my attention to the end nonetheless. Three solid stars. 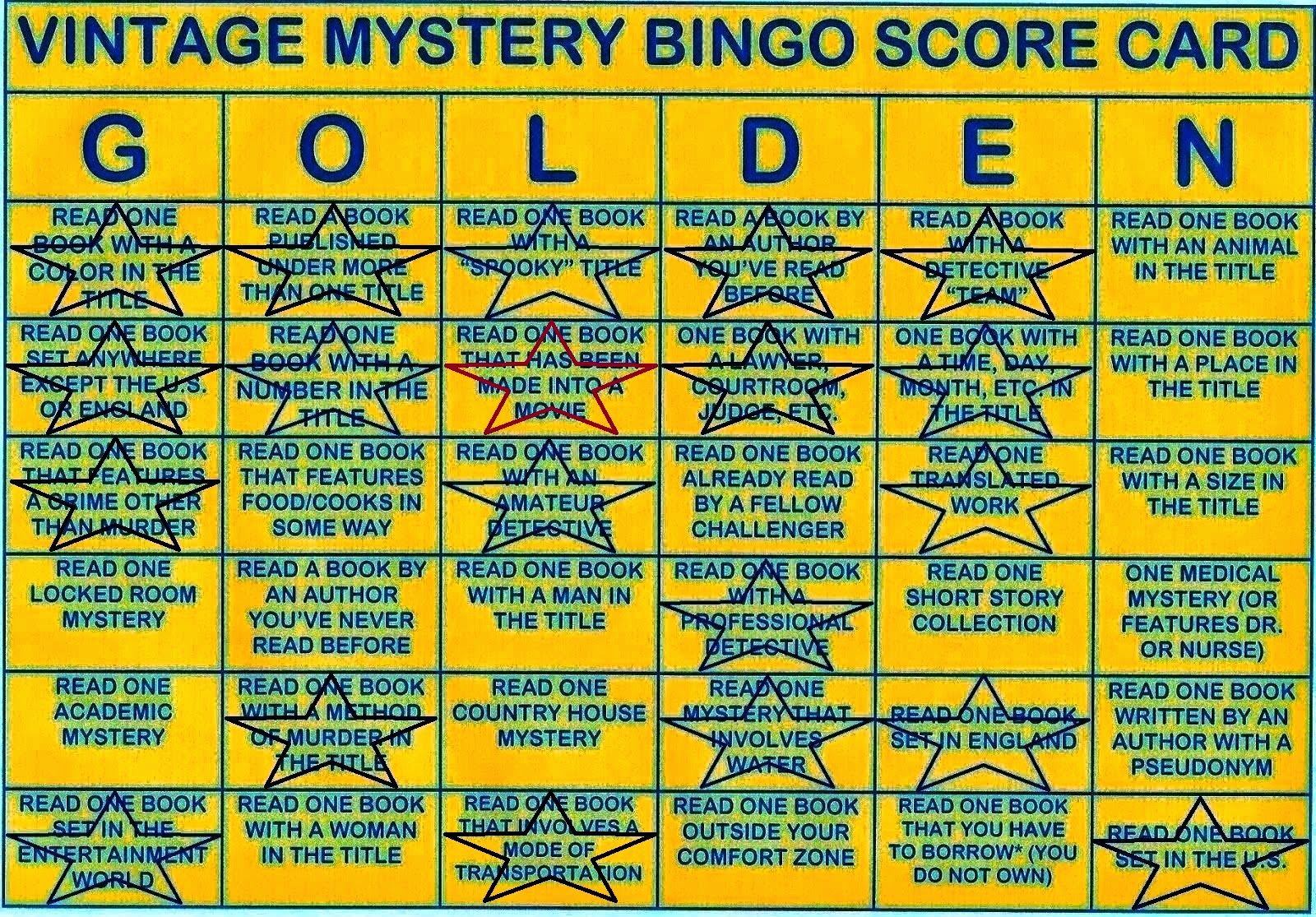 Challenges Fulfilled: Vintage Mystery Challenge, Mount TBR Challenge, Bookish TBR, 1001 Books Before You Die, Century of Books, Outdo Yourself, How Many Books, My Kind of Mystery, 100 Plus Challenge, Back to the Classics, Literary Exploration
Posted by Bev Hankins at 4:27 PM

Labels: 100 Plus, 1001 Books Before You Die, Back to the Classics, Century of Books, How Many Books, Literary Exploration, My Kind of Mystery, Outdo Yourself, Vintage Mystery Challenge

I've seen the film, long ago, but didn't even know it was adapted from a book until reading your review, so thanks! Great review!

I read this when I was a teen. I felt I was doing something "bad" by reading it. It was probalby the most adult and borderline "dirty" book I had read at the time. But it sure got me interested in crime novels as opposed to the relatively tame detective novels I had been devouring back then.

We're tied in the Golden Age, Bev. Amazingly each of us is on book #21 and with only one true Bingo. How's that for coincidence? You'll probably speed right by me and pick up three more Bingos as I try to catch up on the Silver Age Bingo card.

John, I'd be a lot further along on the Bingo challenges if I could just stay away from the library....