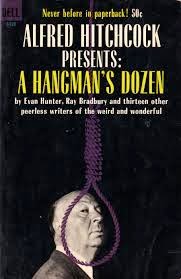 Alfred Hitchcock's A Hangman's Dozen is a collection of short stories by mystery and suspense story stars such as Evan Hunter, Ray Bradbury, Donald Westlake, and Jonathan Craig among others. You could call this Hitchcock's How-to Guide for committing the perfect crime--although "perfect" may be in the eyes of the beholder. In this criminal do-it-yourself guide we get the following tips:

"Bomb #14" by Jack Ritchie: How to get the girl and be sure you keep her
"The Forgiving Ghost" by C. B. Gilford: How to get rid of a bothersome wife
"The Children of Noah" by Richard Matheson: How to have the perfect barbeque with an out-of-town guest
"An Attractive Family" by Robert Arthur" How to keep murder in the family.
"Let the Sucker Beware" by Charles Einstein: How to perfect your con game
"Fair Game" by John Cortez: How to turn the tables on someone who plans on framing you for murder
"The Curious Facts Preceding My Execution" by Richard Stark: How even the most perfect plans can go awry
"Your Witness" by Helen Neilsen: How to get your lawyer husband to arrange for a corroborating witness to your innocence when he dies
"Blackout" by Richard Deming: How to dress for success when confessing to murder
"The October Game" by Ray Bradbury: How to really make your spouse suffer
"Stop Calling me Mister" by Jonathan Craig: How to get rid of a cheating wife and her lover--all in one go
"The Last Escape" by Jay Street: How to avenge your own murder--from the grave
"Not a Laughing Matter" by Evan Hunter: How to take care of those who make fun of you
"Most Agreeably Poisoned" by Fletcher Flora: How to prove to your wife that you're the better man--even if you have to die to do so
"The Best-Friend Murder" by Donald Fletcher: How to really make friends and influence people

Each story has a little preface from the master showman himself. And the book provides a good solid collection of entertaining stories. Three stars for a quick crash course on murder.

This book, published in 1962, fulfills the "Number in the Title" square on the Silver Vintage Bingo card. 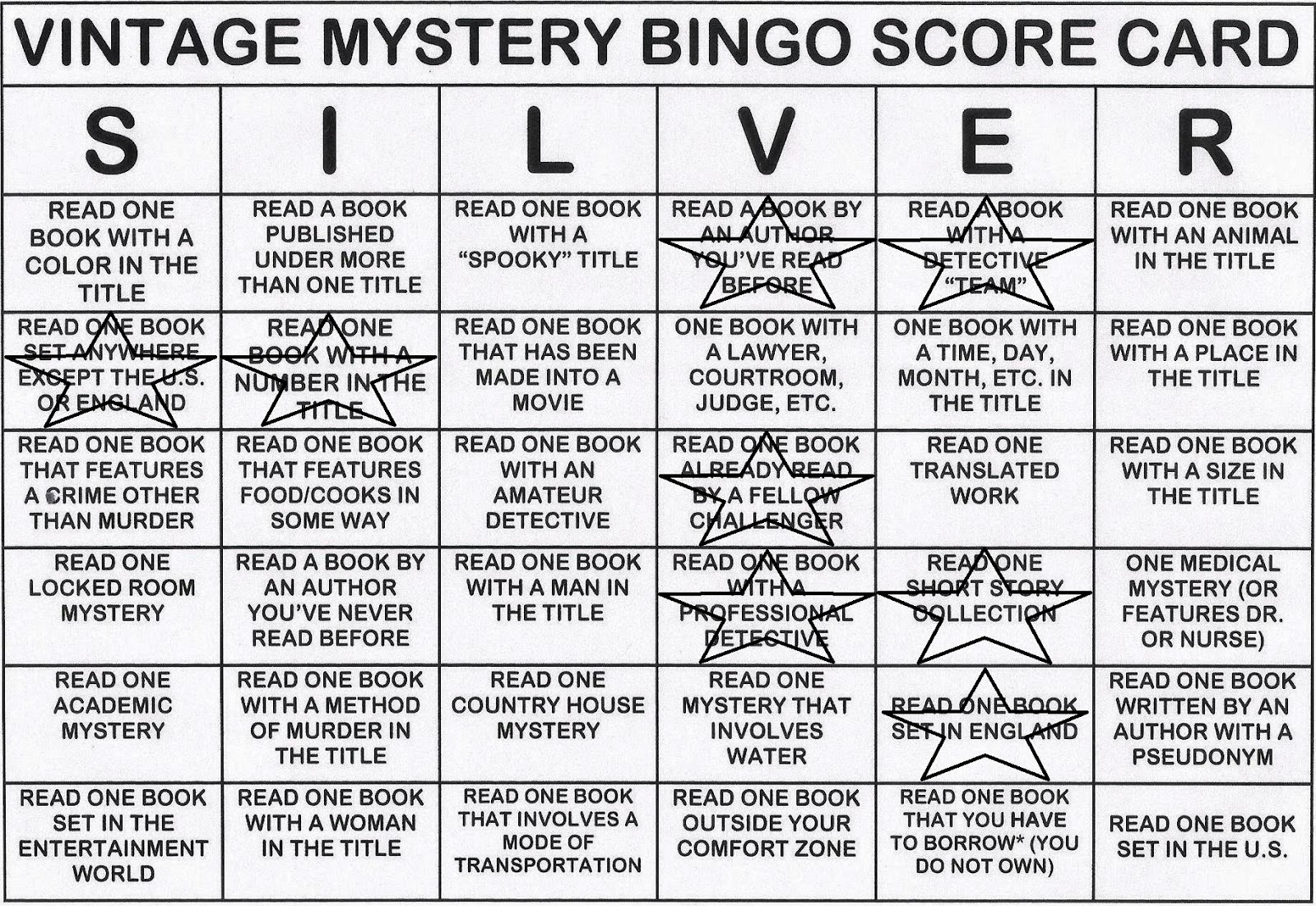 She Reads Late Into the Night said...

I've never heard of this one, but I'm intrigued heading over to Amazon to see if I can find it! Thanks for suggesting it.
Amy

Y'know I've seen Alfred Hitchcock Presents on tv as well as Ray Bradbury Theater, but have yet to read a book or story. I suppose I should though.
Great review!

I've been snapping up these Hitchcock story collections when I can get them for a buck or less and if they include stories by Helen Nielsen, Jonathan Craig or Ed Lacy. None of those writers (all of whom I think are top notch) have collections of their stories. You can only find them in magazines or these anthologies.

You know, of course, (or did you?) that Hitchcock had nothing to do with these books. He only allowed his name and image on them. The introductions and prefaces were written by each book's editor not by Hitchcock. A lot of them in the 1960s were done by Robert Arthur, Jr. who also wrote the first ten books of the Three Investigators series.

Well, darn, John. Those intros sound remarkably like Hitchcock. But...okay, I can deal with that. :-)

I have another collection of these stories, not sure where I've put it though.