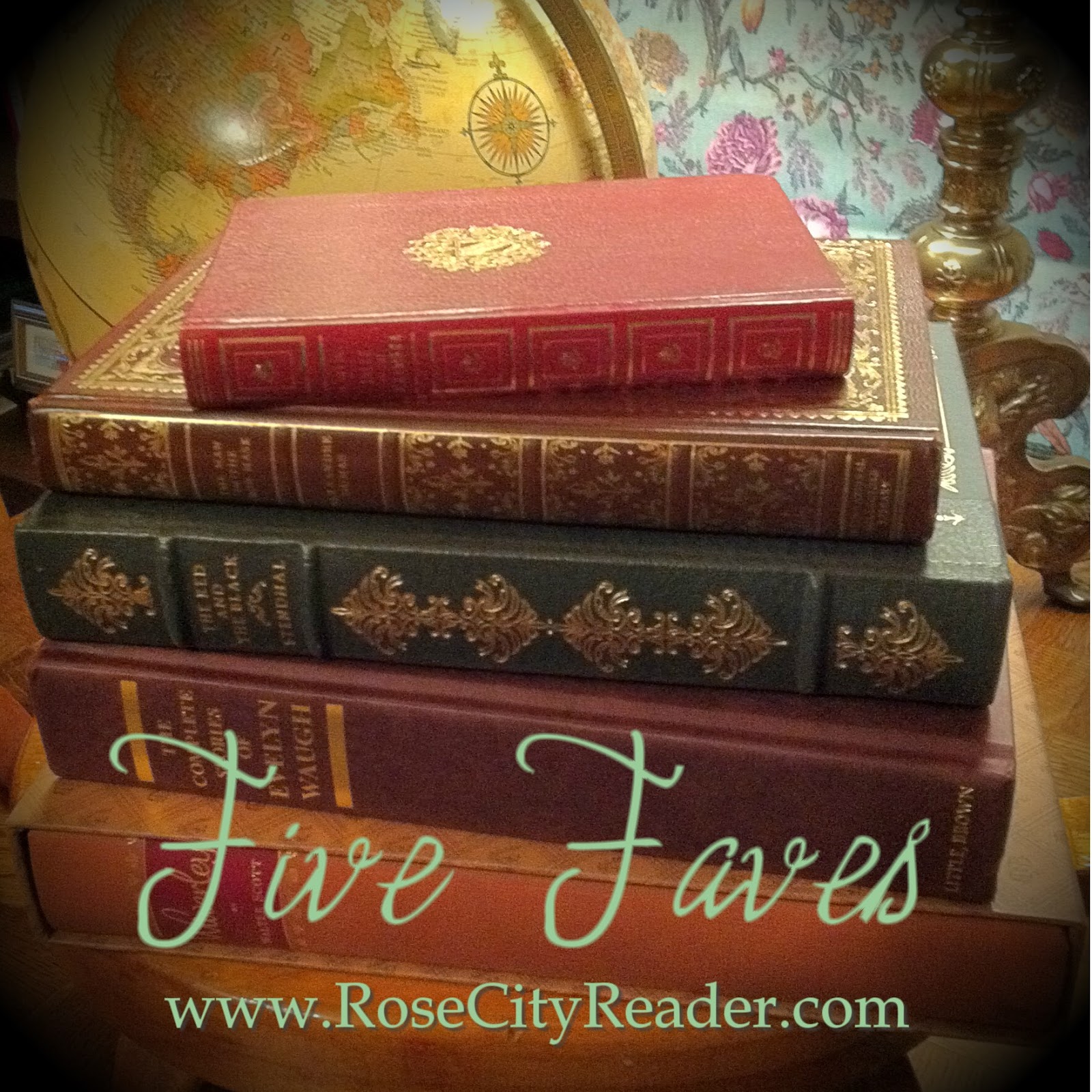 Five Faves is a meme sponsored by Gilion at Rose City Reader. As she says....
There are times when a full-sized book list is just too much; when the Top 100, a Big Read, or all the Prize winners seem like too daunting an effort. That's when a short little list of books grouped by theme may be just the ticket. Inspired by Nancy Pearl's "Companion Reads" chapter in Book Lust – themed clusters of books on subjects as diverse as Bigfoot and Vietnam – I decided to start occasionally posting lists of five books grouped by topic or theme. I call these posts my Five Faves.
This week's theme is Alternate Histories. Alternate histories give the reader a chance to think about what might have been and to imagine how changes in the past could affect our present. I have always enjoyed speculative fiction--whether that might be an imagining of humanity's future (usually in space) or stories about how we might have been different. Here are some of my favorites.
Island in the Sea of Time by S. M. Stirling: A startling time-travel phenomenon has occurred. The island of Nantucket has been swept into the long-ago past. With its inhabitants adrift in the year 1250 B.C., there is only one question to be answered: Can they survive?
West of Eden by Harry Harrison: What if the dinosaurs hadn't died out? What if the reptiles had survived to evolve intelligent life? A rich, dramatic saga of a world where the descendents of the dinosaurs struggled with a clan of humans in a battle for survival.
The Way It Wasn't: Great Science Fiction Stories of Alternate History by Martin H. Greenberg & Robert Silverberg (eds): An amusing, intellectually stimulating excursion into speculative history by renowned science fiction writers, telling what things might be like if... Elvis Presley weren't the "King" but the President of the United States ("Ike at the Mike" by Howard Waldrop)... The Black Death had killed the entire population of Europe in the fourteenth century ("Lion Time in Timbuctoo" by Robert Silverberg)... John F. Kennedy had survived the 1963 shooting in Dallas ("The Winterberry" by Nicholas A. DiChario) and more.

Murder & Magic by Randall Garrett: A world where Richard the Lion-Hearted did not die at the Siege of Chaluz and the House of Plantagenet rules England and a mighty empire even in the 1960s. This is also a world where Magic is science and all the usual scientific methods are underwritten by magical laws and procedures. There is no blood-typing by microscope...it is all discerned by the Law of Sympathy.
Timeline by Michael Crichton: Archaeologists make a shocking discovery at a medieval site. Suddenly they are swept off to the headquarters of a secretive multinational corporation that has developed an astounding technology. Now this group is about to get a chance not to study the past but to enter it. And with history opened up to the present, the dead awakened to the living, these men and women will soon find themselves fighting for their very survival -- six hundred years ago.
Posted by Bev Hankins at 1:13 PM

Bev -- Thanks for playing along with my Five Faves meme!

So far, I've just been doing it when inspiration strikes. But if it catches on, it could become a weekly event. I hope so!

I've jotted down several of these titles and will investigate. Thanks for this.