Partners In Crime Tour: The Golden Age of Murder

The Golden Age of Murder 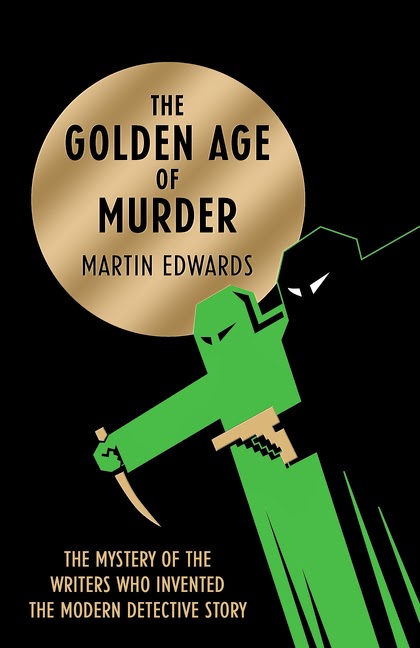 This is the first book about the Detection Club, the world’s most famous and most mysterious social network of crime writers. Drawing on years of in-depth research, it reveals the astonishing story of how members such as Agatha Christie and Dorothy L. Sayers reinvented detective fiction.

Detective stories from the so-called “Golden Age” between the wars are often dismissed as cosily conventional. Nothing could be further from the truth: some explore forensic pathology and shocking serial murders, others delve into police brutality and miscarriages of justice; occasionally the innocent are hanged, or murderers get away scot-free. Their authors faced up to the Slump and the rise of Hitler during years of economic misery and political upheaval, and wrote books agonising over guilt and innocence, good and evil, and explored whether killing a fellow human being was ever justified. Though the stories included no graphic sex scenes, sexual passions of all kinds seethed just beneath the surface.

Attracting feminists, gay and lesbian writers, Socialists and Marxist sympathisers, the Detection Club authors were young, ambitious and at the cutting edge of popular culture – some had sex lives as bizarre as their mystery plots. Fascinated by real life crimes, they cracked unsolved cases and threw down challenges to Scotland Yard, using their fiction to take revenge on people who hurt them, to conduct covert relationships, and even as an outlet for homicidal fantasy. Their books anticipated not only CSI, Jack Reacher and Gone Girl, but also Lord of the Flies. The Club occupies a unique place in Britain’s cultural history, and its influence on storytelling in fiction, film and television throughout the world continues to this day.

The Golden Age of Murder rewrites the story of crime fiction with unique authority, transforming our understanding of detective stories and the brilliant but tormented men and women who wrote them.

Fantastic and fascinating book that is an absolute must-have for anyone with interest in the Golden Age of mysteries, crime, and detection. The Golden Age is one of my favorite periods for detective novels and it was an absolute delight to get an inside view of the Detection Club. It is just a real shame that the Club did not have an Archivist before Martin Edwards and that the Minute Book and other materials from the time of the Club's inception through the Blitz have disappeared. What a treasure trove of information that would have been. Edwards gives us a detailed look at the original members of the Club--tracing their careers and investigating certain mysterious circumstances in their lives. And even though many of the authors' mysteries were already familiar to me (as a long-time reader of Golden Age crime fiction), Edwards managed to discover new and interesting tidbits about even the most well-known of the Golden Age writers. Pacing is just a tad slow in places and there's a tendency to revisit some of the key events (Christie's disappearance and Sayers' secret shame, for instance), but overall a definite winner that all mystery lovers need to have on their reference shelf. ★★★★ and a half.

[Disclaimer: My review policy is posted on my blog, but just to reiterate....The book was offered to me for impartial review  and I have received no payment of any kind. All comments in this section are entirely my own honest opinion.] 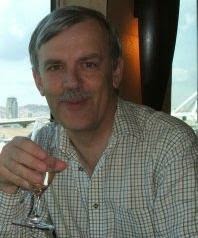 Martin Edwards was educated in Northwich and at Balliol College, Oxford University, taking a first class honours degree in law. He trained as a solicitor in Leeds and moved to Liverpool on qualifying in 1980. He published his first legal article at the age of 25 and become a partner in the firm of Mace and Jones in 1984.

He is married to Helena with two children (Jonathan and Catherine) and lives in Lymm. Martin is a member of the Murder Squad collective of crime writers, and is chairman of the nominations sub-committee for the CWA Diamond Dagger (crime writing's most prestigious award). In 2007 he was appointed the Archivist of the Crime Writers Association.

This is a giveaway hosted by Partners In Crime Virtual Book Tours for Martin Edwards & Harper Collins. There will be one winner of 1 physical copy of The Golden Age of Murder by Martin Edwards to a US recipient. The giveaway begins on April 28th, 2015 and runs through June 3rd, 2015
a Rafflecopter giveaway

Labels: 100 Plus, 52 Books in 52 Weeks, Color Coded, How Many Books, My Kind of Mystery, Non-Fiction Adventure, Review Request

Sounds like a fascinating book! Looking forward to getting a copy for myself and spending hours learning more about the Detection Club.

Soooo going to get this and read it asap! Sounds wonderful.

Seems *everyone* is helping Martin to promote his book. Can't for mine to come in the mail.

John: When the ladies who run Partners in Crime asked me if I wanted to review this one, I couldn't say no. They almost always have thrillers (not my thing!) and when they actually had something to do with the Golden Age, I said yes immediately. I just hope that good press for Martin's book will help keep the reprint ball rolling and make more of these authors available.

Great review Bev - can't wait to get my hands on a copy - it is actually out now, right?

Sergio--yes, it should be available now. I plan to get a "real" copy--the ARC doesn't have any pictures in it and I think the published version does.