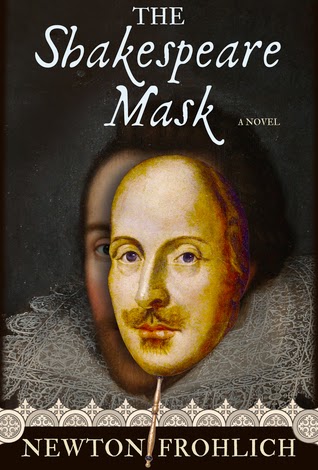 
“Truth is subject to no prescription, for truth is truth though never so old, and time cannot make that false which was truth.” – Edward de Vere, 17th Earl of Oxford


In the sixteenth century, a precocious young nobleman draws the attention of the Elizabethan court- and of The Virgin Queen herself. A writer and patron of the arts, Edward de Vere is volatile, controversial- and brilliant. He leaves a trail of women and scandal in his wake. But his plays, when he’s in the queen’s good graces, charm the court.


Yet the rules of the court say a nobleman may not publish. An earl’s name is too sacred for the theater. If De Vere must write, he must do so anonymously, and employ a runner, an almost illiterate cobbler’s son from Stratford, to claim his words.


Newton Frohlich, an attorney and the author of the celebrated historical novel 1492, spent fifteen years researching unexplored questions about the poet and playwright we today know as Shakespeare. His is an intimate tour of English castles, Venetian canals, and a complex man who penned the most beloved works of the English language.


Newton Frohlich is a former attorney and the author of the novel 1492: The World of Christopher Columbus, published by St. Martin's Press, and the nonfiction guide Making the Best of It: A Common Sense Guide to Negotiating a Divorce, published by Harper & Row. He spent fifteen years traveling and researching for The Shakespeare Mask, and is a member of the Shakespeare Oxford Society and the DeVere Society. He has lived in Washington, DC, the south of France, and Israel. He now makes his home on Cape Cod with his wife, Martha, a musicologist.

****************
My Take:
An interesting historical novel which  gives great details on the life of Edward De Vere, the 17th Earl of Oxford. We follow Edward from his earliest years under tutelage through his education at Cambridge. He learns the ways of the court under Sir William Cecil, appointed his guardian by the Queen after the death of his father. His destiny is to be an adviser to the Queen, but his passion is to write--poetry and plays. Frohlich makes the history of the period come alive and makes a convincing case for De Vere identity as the true author of Shakepeare's work. But more importantly, he makes it a good tale--worthy of one of the finest writers in history whether De Vere is truly the man or not.
★★★★


[Disclaimer: My review policy is posted on my blog, but just to reiterate....The book was offered to me for impartial review  and I have received no payment of any kind. All comments are entirely my own honest opinion.]
Posted by Bev Hankins at 10:07 PM

Labels: 100 Plus, How Many Books, Outdo Yourself, Review Request

I love Shakespeare. Seeing as this book is an account of someone claiming to have penned his work, do I really want to read it? I'm not sure.
Great review!