About MURDER AS A FINE ART

Thomas De Quincey, infamous for his memoir Confessions of an English Opium-Eater, is the major suspect in a series of ferocious mass murders identical to ones that terrorized London forty-three years earlier.

The blueprint for the killings seems to be De Quincey's essay "On Murder Considered as One of the Fine Arts." Desperate to clear his name but crippled by opium addiction, De Quincey is aided by his devoted daughter Emily and a pair of determined Scotland Yard detectives.

In Murder as a Fine Art, David Morrell plucks De Quincey, Victorian London, and the Ratcliffe Highway murders from history. Fogbound streets become a battleground between a literary star and a brilliant murderer, whose lives are linked by secrets long buried but never forgotten.

This is as fine a historical novel as I've read.  David Morrell tells us in the Afterword that "for two years, [he] lived in 1854 London."  For two days, so did I.  He so expertly weaves his research about Thomas De Quincey and Victorian England into his story that I expected to look up from the pages and see a hansom cab go by in the thick London fog.  I knew very little about De Quincey before reading this book, but that didn't matter.  Morrell told me everything I needed to know without making it feel like loads of research were being crammed down my throat.  By the time the book was finished, I felt like I knew De Quincey--and his daughter and Lord Palmerston and rest of the characters--personally and had walked along side the De Quinceys and the two policemen that come to their aid as they search London for the madman who kills while targeting the "Opium Eater."

I was also interested in the way Morrell used many of the hallmarks of 19th century novels and sensation fiction--from the omniscient third-person narrator to the first person journal entries of Emily De Quincey.  Not only does he evoke the time and place historically, but he makes readers believe they are reading a 19th century account of the events.  A very impressive bit of authorial legerdemain.

I am not usually one for thrillers that focus on grisly serial killings--but when I do read them, I much prefer them to take place on a stage far removed from the present day.  The murders described in Murder as a Fine Art are quite horrific, but Morrell does an excellent job of focusing on the motivation for the crimes rather than the sensational details of the deaths.  It was fascinating to see De Quincey thinking about the subconscious mind long before Freud and the killer's motivations were quite believable.  I was hooked from the moment I picked the book up and put it down only when such mundane matters as sleep and work demanded it.  So far, the best new book of 2013. 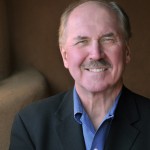 David Morrell is a Canadian novelist from Kitchener, Ontario, who has been living in the United States for a number of years. He is best known for his debut 1972 novel First Blood, which would later become a successful film franchise starring Sylvester Stallone. More recently, he has been writing the Captain America comic books limited-series The Chosen.


Praise for MURDER AS A FINE ART
“Murder As a Fine Art by David Morrell is a masterpiece—I don’t use that word lightly—a fantastic historical thriller, beautifully written, intricately plotted, and populated with unforgettable characters. It brilliantly recreates the London of gaslit streets, fogs, hansom cabs, and Scotland Yard. If you liked The Alienist, you will absolutely love this book. I was spellbound from the first page to last.”

—Douglas Preston, #1 bestselling author of The Monster of Florence

“London 1854, noxious yellow fogs, reeking slums, intrigues in high places, murders most foul, but instead of Sherlock Holmes solving crimes via the fine art of deduction, we have the historical English Opium-Eater himself, Thomas De Quincey. David Morrell fans -- and they are Legion -- can look forward to celebrating Murder As a Fine Art as one of their favorite author's strongest and boldest books in years.”

“Morrell’s use of De Quincey’s life is amazing. I literally couldn’t put it down: I felt as though I were in Dickens when he described London’s fog and in Wilkie Collins when we entered Emily’s diary. There were beautiful touches all the way through. Murder As a Fine Art is a triumph.”

—Robert Morrison, author of The English Opium-Eater: A Biography of Thomas De Quincey

“I enjoyed Murder As a Fine Art immensely. I admired the way Morrell deftly took so much material from De Quincey's life and wove it into the plot, and also how well he created a sense of so many dimensions of Victorian London. Quite apart from its being a gripping thriller!”

—Grevel Lindop, author of The Opium-Eater: A Biography of Thomas De Quincey
Posted by Bev Hankins at 12:00 AM

It sounds riveting Bev! Just finished The Beautiful Blue Death set in Victorian England and loved it. Have just requested it at my local library! Can't wait! It will count for my Canadian challenge too!

This sounds like something I'd like to read, Bev. The problem with good historical fiction is that sometimes you get trapped back there and it's hard to come back. Know what I mean?

I am definitely hoping my library will have this on its shelves soon if not sooner.

It is a good one. Hope you can get your hands on it soon.